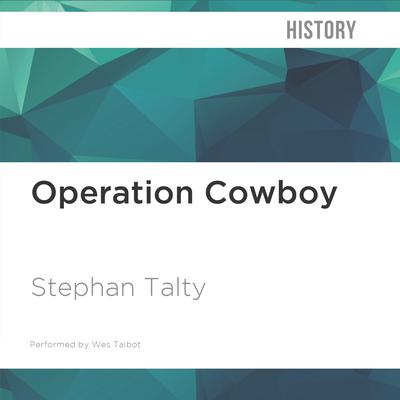 Operation Cowboy: The Secret American Mission to Save the World's Most Beautiful Horses in the Last Days of World War II

A thrilling account of one of the strangest and most daring military operations in history.

In the final days of World War II, with the ravenous Red Army marching across Czechoslovakia, a wily band of American soldiers did the unexpected: They teamed up with the Nazis and went behind enemy lines to save the world's rarest horses from imminent extinction at the hands of the Russians - including the exquisite white Lipizzaner, whose bloodlines date back to Genghis Khan. Based on personal interviews and new archival research, New York Times bestselling author Stephan Talty recreates in vivid detail the exhilarating rescue mission, led by unlikely heroes who just "wanted to do something beautiful."

Stephan Talty is a widely published journalist who has contributed to the New York Times Magazine, GQ, Men’s Journal, Time Out New York, Details, and many other publications. He is the New York Times bestselling author of Empire of Blue Water and Mulatto America: At the Crossroads of Black and White Culture.