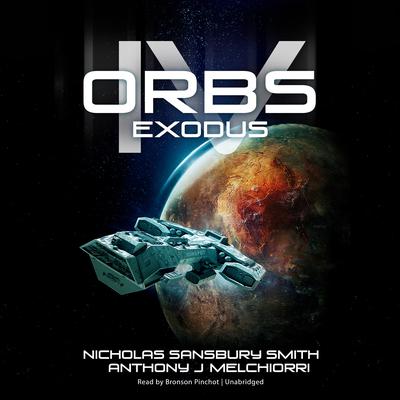 At the end of the world, who will escape?

Operation Redemption, the final desperate mission in taking back the planet from the Organics has failed. Captain Rick Noble and his soldiers have been captured and imprisoned on an alien ship. But not all is lost. Their sacrifice allowed Doctor Sophie Winston, Doctor Emanuel Rodriguez, and their small team to escape in the NTC Sunspot—their destination, Mars. The perilous journey to find a lost human colony may offer Sophie and the rest of humanity a chance at life.

Those left on Earth are caught in a life-and-death struggle. Corporal Athena Rollins of the NTC Ghosts of Atlantis submarine still believes they can beat the aliens with the help of AI Alexia, but time is running out. The oceans are draining, the temperatures are rising, and the other pockets of survivors are perishing every day.

Trapped on the Organic ship, Captain Rick Noble is desperate to escape and save his crew back on Earth. As he waits for his opportunity he finds an ally in the most unlikely of places.

The fight for Earth may be lost, but the fight for Mars and the future of the human race may have just begun …

“A page-turner from beginning to end, a beach read with a brain.” —William Massa, author of Silicon Man, on Orbs
“Akin to watching movies like Independence Day…In other words, it’s bound to be a cult classic!” —Men’s Journal, on Orbs
“Stir together the best ingredients from Jurassic Park, Aliens, and Starship Troopers, and you’ve discovered Orbs.” —Arthur Bradley, author of The Survivalist series, on Orbs

Anthony J. Melchiorri is a scientist with a PhD in bioengineering. By day, he develops cellular therapies and 3D-printable artificial organs. By night, he writes apocalyptic, medical, and science fiction thrillers that blend real-world research with other-worldly possibility. When he isn’t in the lab or at the keyboard, he spends his time running, reading, hiking, and traveling in search of new story ideas.