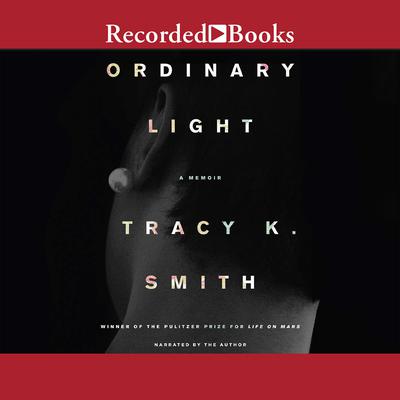 Positioning Statement From the Pulitzer Prize-winning poet: a deeply moving memoir that explores coming-of-age and the meaning of home against a complex backdrop of race, faith, and the unbreakable bond between a mother and daughter. Description Tracy K. Smith had a fairly typical upbringing in suburban California: the youngest in a family of five children raised with limitless affection and a firm belief in God by a stay-at-home mother and an engineer father. But after spending a summer in Alabama at her grandmother's home, she returns to California with a new sense of what it means for her to be black: from her mother's memories of picking cotton as a girl in her father's field for pennies a bushel, to her parents' involvement in the Civil Rights movement. These dizzying juxtapositions--between her family's past, her own comfortable present, and the promise of her future--will eventually compel her to act on her passions for love and "ecstatic possibility," and her desire to become a writer. But when her mother is diagnosed with cancer, which she says is part of God's plan, Tracy must learn a new way to love and look after someone whose beliefs she has outgrown. Written with a poet's precision and economy, this gorgeous, probing kaleidoscope of self and family offers us a universal story of belonging and becoming, and the ways we find and lose ourselves amid the places we call home. Key Selling Points - ACCLAIM: The narrative debut of a critics' darling whose name is instantly recognizable among reviewers. Parts of this memoir expand, in prose, upon the elegy for Smith's father that was the centerpiece of her most recent, Pulitzer-winning collection, Life on Mars, which was also a New Yorker, Publishers Weekly, and Library Journal Best Book of the Year, a New York TimesNotable Book of 2011, and a New York Times Book Review Editors' Choice. - AUTHOR: Smith is a brilliant and charismatic presence who has lectured widely across the U.S. Her frankness about herself and her family in Ordinary Light will attract reader engagement, book-group discussion, and the review community. - MOTHER-DAUGHTER STORY: The memoir, framed by the complex relationship between a mother and daughter, is perfect for Mother's Day. - EVOCATIVE PROSE: Smith conjures her home and family with vivid, visceral imagery and a richly textured sense of place in a wholly accessible voice. She skillfully combines a child's and teenager's perceptions with adult retrospection, giving Ordinary Light the feel of a classic

Tracy K. Smith is the twenty-second Poet Laureate of the United States and recipient of the 2012 Pulitzer Prize in Poetry for Life on Mars. Duende, her second book, received the 2006 James Laughlin Award of the Academy of American Poets. She lives in Princeton, New Jersey.