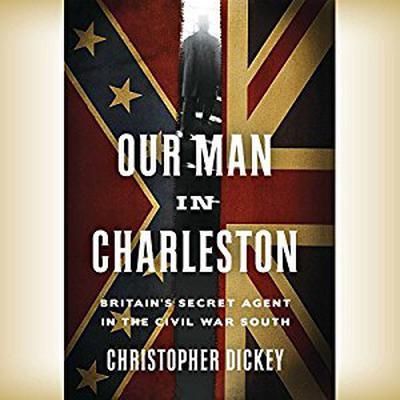 Our Man in Charleston: Britain's Secret Agent in the Civil War South

As tension over slavery and western expansion threatened to break the US into civil war, the Southern states found themselves squeezed between two nearly irreconcilable realities: the survival of the Confederate economy would require the importation of more slaves—a practice banned in America since 1807—but the existence of the Confederacy itself could not be secured without official recognition from Great Britain, who would never countenance reopening the Atlantic slave trade. How, then, could the first be achieved without dooming the possibility of the second?

The unlikely man at the rolling center of the intrigue was Robert Bunch, an American-born Englishman who had maneuvered his way to the position of British consul in Charleston, South Carolina, and grew to loathe slavery and the righteousness of its practitioners. Bunch used his unique perch and boundless ambition to become a key player, sending reams of dispatches to the home government and eventually becoming the Crown's best secret source on the Confederacy. But doing so required living a double life. To his Charleston neighbors, Bunch was increasingly a pillar of Southern society. But to the British government, he was a student abolitionist, eviscerating Southern dissembling on plans regarding the Slave trade.

Our Man In Charleston is a masterfully told story of an unknown crusader. Award-winning author Christopher Dickey locates Consul Bunch as the key figure among Englishmen in America. Determined to ensure the triumph of morality in the inevitable march to civil war, he helped me determine the fate of a nation.

Featuring a cast of remarkable characters, Our Man In Charleston also captures a decisive moment in Anglo-American history: the pitched battle between those who wished to reopen the floodgates of bondage and misery, and those who wished to dam the tide forever.