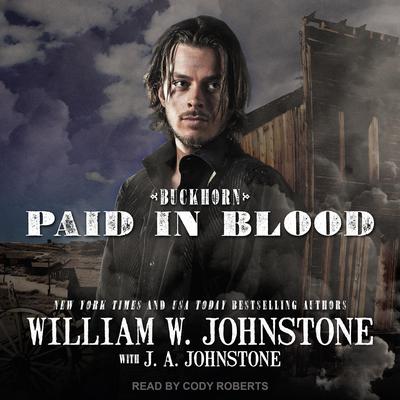 From the bestselling chroniclers of the American West comes a riveting new chapter in the epic Buckhorn saga—the legendary adventures of a young gun-for-hire with Indian blood, a lightning-fast trigger, and his own special brand of justice . . .

When a wealthy cattle baroness hires Joe Buckhorn to track down her son, it sounds like easy money. But when he learns that the boy has run off with a girl—whose father is the leader of the cattle-rustling Riley clan—Buckhorn's only hope is to infiltrate the gang. Gain their trust. Live the outlaw life, even at the risk of death. There's just one problem: there's more than one gang. The Riley girl may have stolen a runaway boy's heart but the other gangs are stealing the baroness's cattle. Which puts Buckhorn in the middle of a violent, bloodsoaked range war. If he chooses the wrong side, he's as good as dead . . . but if he follows his gut and lives, there's going to be the darkest kind of hell to pay.