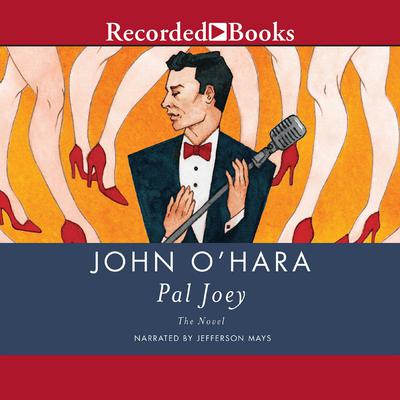 For its 75th anniversary and Frank Sinatra's centennial: the Jazz Age masterpiece that inspired the iconic Sinatra film and the hit Broadway musical, and featuring the musical's libretto and lyrics On the seedy side of Chicago nightlife in the 1930s, Joey Evans is a poor man's Bing Crosby-a big-talking, small-time nightclub crooner down on his luck but always on the make. In slangy, error-littered letters signed "Pal Joey," he recounts his exploits with brash nightclub managers, shady business partners, and every pretty girl ("mouse") he meets. Charismatic yet conniving, Pal Joey is a smooth operator whose bravado and big ideas disguise a far less self-assured soul, caught up in the rags-to-riches dream of the Jazz Age. Originally serialized in The New Yorker and the inspiration for the 1940 Rodgers and Hart musical of the same name and the 1957 film starring Frank Sinatra, Kim Novak, and Rita Hayworth, Pal Joey is the story of a true "heel," as complex and memorable as any antihero in American literature. For more than sixty-five years, Penguin has been the leading publisher of classic literature in the English-speaking world. With more than 1,500 titles, Penguin Classics represents a global bookshelf of the best works throughout history and across genres and disciplines. Readers trust the series to provide authoritative texts enhanced by introductions and notes by distinguished scholars and contemporary authors, as well as up-to-date translations by award-winning translators.

John O’Hara (1905–1970) was among the most prominent American writers of the twentieth century. Championed by Ernest Hemingway, F. Scott Fitzgerald, and Dorothy Parker, he wrote fourteen novels, including BUtterfield 8, which was made into a film starring Elizabeth Taylor, and had more stories published in the New Yorker than anyone in the history of the magazine.