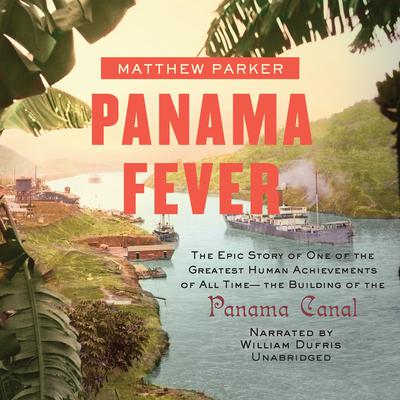 Panama Fever: The Epic Story of the Building of the Panama Canal

The building of the Panama Canal was one of the greatest engineering feats in human history. A tale of exploration, conquest, money, politics, and medicine, Panama Fever charts the challenges that marked the long, labyrinthine road to the building of the canal. Drawing on a wealth of new materials and sources, Matthew Parker brings to life the men who recognized the impact a canal would have on global politics and economics, and adds new depth to the familiar story of Teddy Roosevelt's remarkable triumph in making the waterway a reality. As thousands of workers succumbed to dysentery, yellow fever, and malaria, scientists raced to stop the deadly epidemics so that work could continue. The treatments they developed changed the course of medical history. The opening of the Panama Canal in 1914 spelled the end of the Victorian Age and the beginning of the "American Century." Panama Fever brilliantly captures the innovative thinking and backbreaking labor, as well as the commercial and political interests, that helped make America a global power.

“An epic tale of human folly and endeavor, beautifully told and researched.” —John le Carré, New York Times bestselling author
“Parker offers a detailed study of the myriad personalities and design plans associated with the work, but his limpid prose is best suited to accounts of the dangers the laborers faced.” —The New Yorker
“An absolutely gripping account of the canal’s conception and construction…Exemplary history, vigorously told with a respect for complexity that enriches rather than obscures the pleasure of a great story” —Los Angeles Times

Matthew Parker is the author of several works of nonfiction, including Monte Cassino: The Hardest-Fought Battle of World War II; the Los Angeles Times bestseller Panama Fever, which was a 2008 Washington Post Best Book of the Year; and The Sugar Barons, which was an Economist Book of the Year. He lives in London.