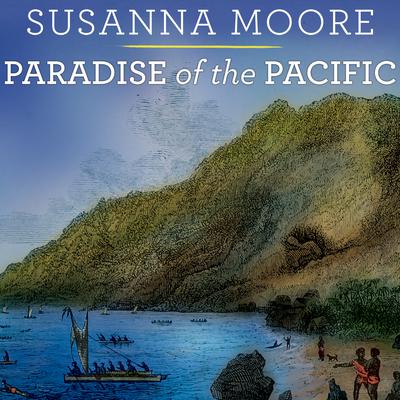 Paradise of the Pacific: Approaching Hawaii

The history of Hawaii may be said to be the story of arrivals—from the eruption of volcanoes on the ocean floor 18,000 feet below, the first hardy seeds that over millennia found their way to the islands, and the confused birds blown from their migratory routes, to the early Polynesian adventurers who sailed across the Pacific in double canoes, the Spanish galleons en route to the Philippines, and the British navigators in search of a Northwest Passage, soon followed by pious Protestant missionaries, shipwrecked sailors, and rowdy Irish poachers escaped from Botany Bay—all wanderers washed ashore, sometimes by accident. This is true of many cultures, but in Hawaii, no one seems to have left. And in Hawaii, a set of myths accompanied each of these migrants—legends that shape our understanding of this mysterious place.

In Paradise of the Pacific, Susanna Moore, the award-winning author of In the Cut and The Life of Objects, pieces together the elusive, dramatic story of late-eighteenth-century Hawaii—its kings and queens, gods and goddesses, missionaries, migrants, and explorers—a not-so-distant time of abrupt transition, in which an isolated pagan world of human sacrifice and strict taboo, without a currency or a written language, was confronted with the equally ritualized world of capitalism, Western education, and Christian values.

Susanna Moore is the author of the novels The Big Girls, One Last Look, In the Cut, Sleeping Beauties, The Whiteness of Bones, and My Old Sweetheart, as well as two books of nonfiction, Light Years: A Girlhood in Hawaii and I Myself Have Seen It. She lives in New York City.