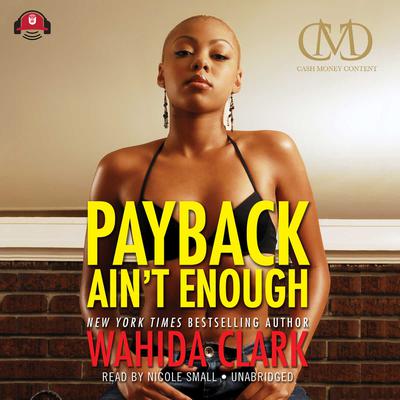 Picking up where the suspenseful Payback with Ya Life left off, we’re plunged back into the hip-hop drama, where the men are hot and dangerous, the women know their shoes from their Choos, and they will stop at nothing to get what they want. In a game of power and intrigue where the stakes are high and the rewards are dazzling, the losers are gonna discover there’s always a price to pay.

“Fans expect hard-hitting action from Clark and she doesn’t disappoint…These folks are willing to sell anyone down the river, and violent acts interspersed with intense sex will satisfy readers. Buy multiples, especially where Clark’s Payback series is a hit.” —Library Journal
“With even higher stakes, danger, and glamor than the novel’s two predecessors, Payback is one unexpected twist after another, and leads Clark’s characters down a perilous path where ambitions, secrets, and revenge collide.” —Hello Beautiful

Wahida Clark was born and raised in Trenton, New Jersey. She began writing fiction while incarcerated at a women’s federal camp in Lexington, Kentucky. Her first novel, Thugs and the Women Who Love Them, and the sequel, Every Thug Needs a Lady, appeared on the Essence bestsellers list. Since her release, she has achieved much success, and three of her novels have been New York Times bestsellers. She was named 2014 Author of the Year by Street Literature.com.