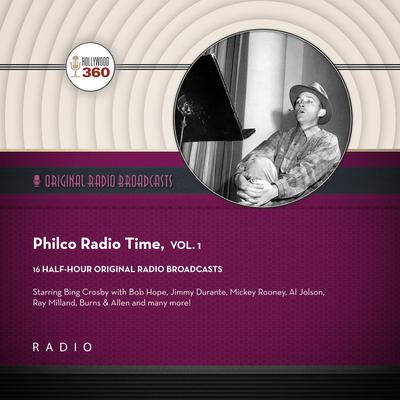 Bing Crosby stars in sixteen half-hour musical-variety episodes of Philco Radio Time and invites his celebrity friends to join him!

Until his semi-retirement in 1958, Bing Crosby worked steadily on radio and had a sizeable number of chart singles over two consecutive decades. And, somewhat surprisingly, he was also responsible for changing the way radio programs were broadcast coast-to-coast. Sponsorship through multiple companies over the years led to revised formats from all-musical presentations to include comic sketches. Among the most popular was The Kraft Music Hall, where Crosby replaced Al Jolson as the weekly host. The show was jam-packed with entertainment: Crosby sung a song or two, participated in verbal banter with celebrity guests, and joined in on the fun with a comedy sketch. In 1940, the same format was resurrected for The Bing Crosby Show and in 1946 for Philco Radio Time. In 1946, at the height of his career, the Oscar-winning Crosby demanded that multiple radio broadcasts be pre-recorded in a single day, rather than broadcasting “live” week after week. The singer invested his own money into a new recording system that involved reel-to-reel tape. The entertainment industry quickly saw its potential, and radio broadcasting changed. Enjoy sixteen Philco Radio Time episodes starring the one and only Bing Crosby!