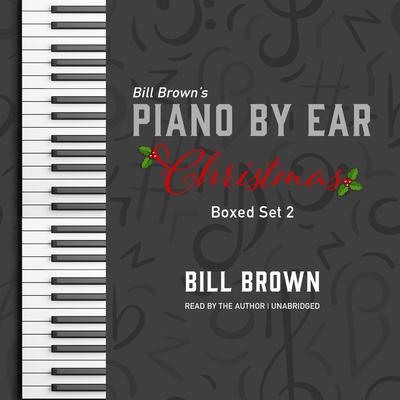 The Piano by Ear Series

From Old England to Charlie Brown, there is a little bit of everything in this Piano by Ear Christmas box set. This set includes over ten hours of professional piano instruction teaching late beginner- to intermediate-level solos of some of the most-performed Christmas carols of our time. There are also three Vince Guaraldi arrangements in this box set to add a little Jazz to your holiday playing!

Bill Brown began teaching music when he was in middle school alongside his mother, who was a respected classical piano teacher (Piano Teacher’s Guild Hall of Fame Recipient). In the mid 1980s he started recording lessons for his students to take home to learn “by ear.” He discovered that learning songs without any print or video helped his students develop their ability to pick out other songs “by ear” as well. The By Ear catalogue has rapidly expanded till now it includes over 1400 song lessons for more than a dozen instruments. Brown resides in South Georgia with his wife, also a music teacher, where he teaches and records lessons in his own private recording studio.