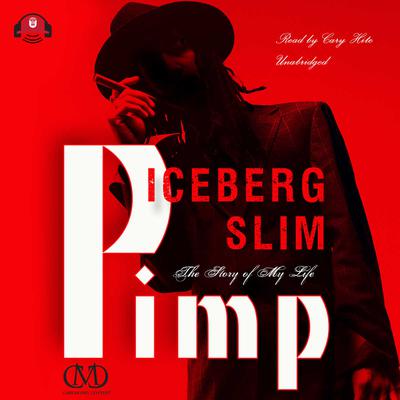 Pimp: The Story of My Life

A BookRiot Pick of Top Books about Gangsters

A blueprint. A bible. What Sun Tzu’s Art of War was to ancient China, Pimp is to the streets. As real as you can get without jumping in, this is the story of Iceberg Slim’s life as he saw, felt, tasted, and smelled it. It is a trip through hell by the one man who lived to tell the tale—the dangers of jail, addiction, and death that are still all too familiar for today’s black community. By telling the story of one man’s struggles and triumphs in an underground world, Pimp shows us the game doesn’t change; it just has a different swagger.

Only Slim could tell this story and make the reader feel it. If you thought Hustle & Flow was the true pimp story, this book is where it all began. This is the heyday of the pimp, the hard-won pride and glory, small though it may be; the beginnings of pimp before it was dragged in front of the camera, before pimp juice and pimp style. Though it is a tale of his times, it will remain current and true for as long as there is a race bias, as long as there is a street life, as long as there is exploitation.

“The best-known pimp of our time.” —Washington Post
“Pimp is an eye-boggling netherworld documentary, a tear-arse tale of ferocious emotion, expressed through action.” —Q
“One of the greatest black writers in American history.” —Ice-T
“Iceberg Slim was the godfather of a genre.” —K’wan, #1 Essence bestselling author

Iceberg Slim  (1918–1992), a.k.a. Robert Beck, was born in Chicago and initiated into the life of the pimp at age eighteen. He briefly attended the Tuskegee Institute but dropped out to return to the streets of the South Side, where he remained, pimping, until he was forty-two. After several stints in jail, culminating in a ten-month stay in Cook County, he decided to give up the life and turned to writing. With a family to feed, he folded his life into the pages of Pimp, which emerged as a definitive chronicle of street life. Slim was catapulted into the public eye as a new American hero, known for speaking the truth whether that truth was ugly, sexy, rude, or blunt. He published six more books based on his life and different aspects of the ghetto black, pimp community. Slim died at age seventy-three in 1992, one day before the Los Angeles riots.