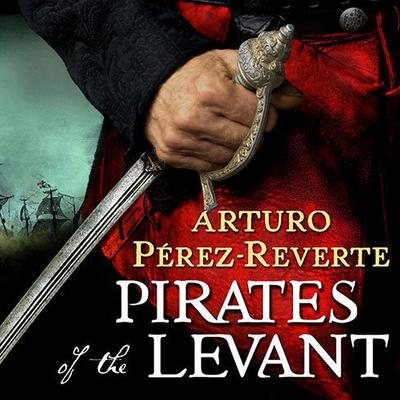 Pirates of the Levant

Accompanied by his faithful foster son, Íñigo, Captain Alatriste accepts a job as a mercenary aboard a Spanish galleon. The ship sets sail from Naples on a journey that will take them to some of the most remote—and wretched—outposts of the empire: Morocco, Algeria, and finally to Malta for a stunning and bloody battle on the high seas that will challenge even the battle-hardened Alatriste's resolve. Now seventeen, Íñigo is almost ready to leave Alatriste, his foster father and fellow soldier. But will age and experience bring wisdom, or is he likely to repeat many of his mentor's mistakes?

Arturo Pérez-Reverte’s bestselling books, including The Club Dumas, The Flanders Panel, The Seville Communion, and the Captain Alatriste series, have been translated into thirty-four languages in fifty countries and have sold millions of copies. Pérez-Reverte was born in 1951 in Cartagena, Spain, and now lives in Madrid, where he was recently elected to the Spanish Royal Academy. A retired war journalist, he covered conflicts in Angola, Bosnia, Croatia, El Salvador, Lebanon, Libya, Nicaragua, Romania, the Persian Gulf, and Sudan, among others. He now writes fiction full time.