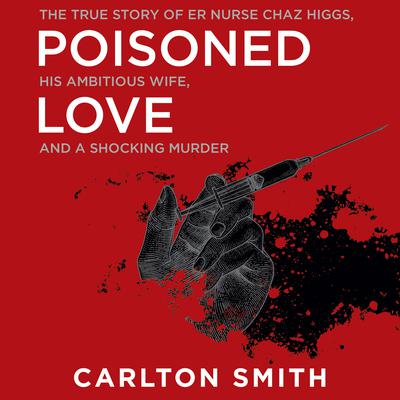 Kathy Augustine was a controversial two-term Nevada State Controller. In 2003, her husband Chuck died of an apparent stroke. Only a month later, she married Chaz Higgs, an ER nurse who, it was later revealed, had attended to her late husband just before his death.

Three years later, fifty-year-old Kathy died after a heart attack—the result, her family and friends believed, of a stressful political campaign. But when an autopsy of Kathy's body revealed no signs of heart disease, investigators dug deeper into Kathy's case…only to find the presence of a powerful, paralyzing emergency-room drug in Kathy's system. A jury would later charge Nurse Chaz with murder in the first degree. But could Kathy's first husband also have been the victim of Chaz's treachery? And just how much did Kathy know? This is the shocking true story of a family torn apart by lies, medical crime, and POISONED LOVE.

Carlton Smith (1947–2011) was a prizewinning crime reporter and the author of dozens of books. Born in Riverside, California, Smith graduated from Whitman College in Walla Walla, Washington, with a degree in history. He began his journalism career at the Los Angeles Times and arrived at the Seattle Times in 1983, where he and Tomas Guillen covered the Green River Killer case for more than a decade. They were named Pulitzer Prize finalists for investigative reporting in 1988 and published the New York Times bestseller The Search for the Green River Killer (1991) ten years before investigators arrested Gary Ridgway for the murders. Smith went on to write twenty-five true crime books, including Killing Season (1994), Cold-Blooded (2004), and Dying for Love (2011).