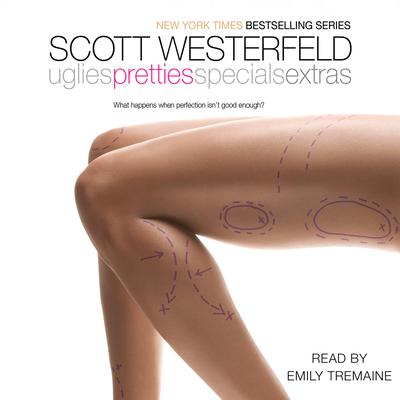 Tally has finally become pretty. Now her looks are beyond perfect, her clothes are awesome, her boyfriend is totally hot, and she’s completely popular. It’s everything she’s ever wanted.

But beneath all the fun—the nonstop parties, the high-tech luxury, the total freedom—is a nagging sense that something’s wrong. Something important. Then a message from Tally’s ugly past arrives. Reading it, Tally remembers what’s wrong with pretty life, and the fun stops cold.

Now she has to choose between fighting to forget what she knows and fighting for her life—because the authorities don’t intend to let anyone with this information survive.

“Riveting and compulsively readable, this action-packed sequel does not disappoint. Just as good as its predecessor, it will leave fans breathlessly waiting for the trilogy’s final volume.” —Booklist
“Westerfeld has built a masterfully complex and vivid civilization. His characters are multidimensional, especially Tally, who wrestles with what she has done in the past and what she will be forced to do in the future. Uglies and Pretties are both nearly impossible to put down.” —School Library Journal

Scott Westerfeld is the author of the Leviathan series, the first book of which was the winner of the 2010 Locus Award for Best Young Adult Fiction. His other novels include the bestselling Uglies series, The Last Days, Peeps, So Yesterday, and the Midnighters trilogy.