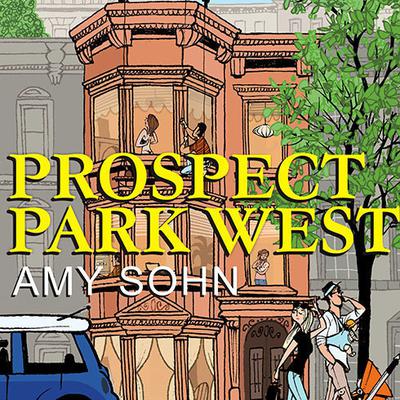 In the park, the coffee shops, and the playgrounds of the neighborhood, four women’s lives collide one long, hot Brooklyn summer. Melora Leigh, a two-time Oscar-winning actress, frustrated with her career and the pressures of raising her adoptive toddler, feels the seductive pull of kleptomania; Rebecca Rose, missing the robust sex life of her pre-motherhood days, begins a dangerous flirtation with a handsome local celebrity; Lizzie O’Donnell, a former lesbian (or “hasbian”), wonders why she is still drawn to women in spite of her sexy husband and adorable son; and Karen Bryan Shapiro finds herself split between two powerful obsessions: her four-year-old son’s well-being and snagging the ultimate three-bedroom apartment in a well-maintained P.S. 321-zoned co-op building.

As the women’s paths intertwine, and sometimes crash, each must struggle to keep her man, her sanity, and her play dates.

Amy Sohn is the author of five novels, including Prospect Park West and Motherland. A former columnist at New York magazine, she has also written for Harper’s Bazaar, Elle, The Nation, and the New York Times. She has been a writing resident at Headlands Center for the Arts, Art Omi, and the Studios at MASS MoCA. A native New Yorker, she lives in Brooklyn with her daughter.