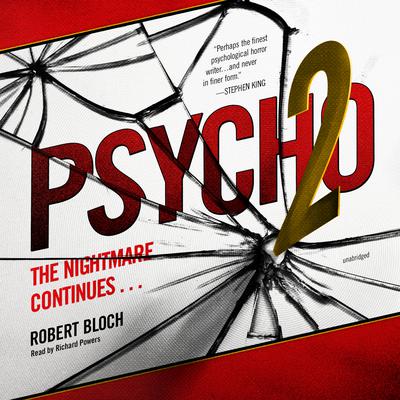 You remember Norman Bates, the shy motel manager with the fatal mother fixation. Now, years after his horrific bout of butchery, Norman is at large again. Breaking free from the psycho ward, he cuts a shocking swath of blood all the way to Hollywood—where, it so happens, they are making a movie about Norman’s life and crimes. A movie that suddenly and terrifyingly becomes a lot like real life.

Robert Bloch (1917–1994) was a horror, suspense, and science fiction writer and screenwriter, best known for the novel Psycho. Altogether, he wrote over 220 stories collected in over two dozen collections, two dozen novels, screenplays for a dozen movies, and three Star Trek episodes. His many awards include the Nebula, Hugo, and World Fantasy awards (including Lifetime Achievement), and five Bram Stoker Awards. His autobiography, Once around the Bloch, was his last major work.