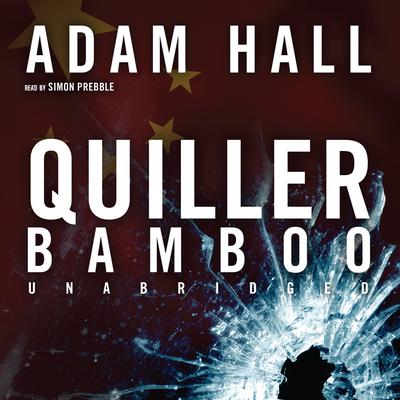 Summoned late at night to the Bureau, Quiller attends a secret conference with the foreign secretary and a surprise defector: the Chinese ambassador to Britain. Minutes later, shots ring out and the ambassador's body is flung out onto the sidewalk of a deserted London street, riddled with bullets.

Searching for clues, Quiller flies to Calcutta to meet Sojourner, a key ally in the plan to bring democracy to China. But Sojourner is killed—thus, two men, both dedicated to bringing freedom to their country, are dead. No wonder Quiller is skeptical about his next mission: to smuggle a Chinese dissident—who might be able to lead an uprising that would topple the despotic Chinese regime—into Tibet.

While the first rescue mission succeeds, Quiller and the rather intractable dissident he is guarding encounter enemies—some disguised as friends—after they land in Tibet's high-mountain and desolate capital Llasa. Quiller must use ingenuity as well as his incomparable combat skills to survive this deadly environment.

“A model of breathless excitement.” —New Yorker
“You can’t go wrong with Quiller!” —Harper’s
“Quiller is as good company as ever.” —Kirkus Reviews