Rabid: A Cultural History of the World’s Most Diabolical Virus

By Bill Wasik and Monica Murphy
Read by Johnny Heller

A Publishers Weekly Pick of the Week, July 2012

A maddened creature, frothing at the mouth, lunges at an innocent victim—and with a bite, transforms its prey into another raving monster. It's a scenario that underlies our darkest tales of supernatural horror, but its power derives from a very real virus, a deadly scourge known to mankind from our earliest days. In this fascinating exploration, journalist Bill Wasik and veterinarian Monica Murphy chart four thousand years in the history, science, and cultural mythology of rabies.

The most fatal virus known to science, rabies kills nearly 100 percent of its victims once the infection takes root in the brain. A disease that spreads avidly from animals to humans, rabies has served as a symbol of savage madness and inhuman possession throughout history. Today, its history can help shed light on the wave of emerging diseases—from AIDS to SARS to avian flu—with origins in animal populations.

From Greek myths to zombie flicks, from the laboratory heroics of Louis Pasteur to the contemporary search for a lifesaving treatment, Rabid is a fresh, fascinating, and often wildly entertaining look at one of mankind's oldest and most fearsome foes.

“An elegant exploration of the science behind one of the most horrible ways to die.” —Chris Anderson, New York Times bestselling author
“[An] ambitious and smart history of the virus…The authors track how science tried to tame the scourge, with its ravaging neurological effects. Yet the rare tales of modern survivors only underscore that, despite the existence of treatment through a series of injections, we’re at a stalemate in conquering rabies.” —Publishers Weekly
“[Wasik and Murphy] place the world’s deadliest virus in its historical and cultural context with a scientifically sound and compelling history that begins in ancient Mesopotamia and ends in twenty-first-century Bali…Readable, fascinating, informative, and occasionally gruesome, this is highly recommended for anyone interested in medical history or the cultural history of disease.” —Library Journal
“Journalist husband and veterinarian wife tell the story of one of humanity’s biggest nightmares, the disease that turns man’s best friend against him, rabies…Their enlightening account of a 2008 outbreak in previously rabies-free Bali naturally leads to the quandary they present in conclusion, namely, that rabies might be eliminated if it weren’t so rare nowadays and so expensive to prevent. Riveting medical reading.”  —Booklist
“Thrilling, smart, and devilishly entertaining, Rabid is one of those books that changes your sense of history—and reminds us how much our human story has been shaped by the viruses that live among us.” —Steven Johnson, bestselling author of The Ghost Map
“Take Bill Wasik, one of our most perceptive journalistic storytellers, have him join forces with Monica Murphy, scholar of public health, and you end up with this erudite, true-life creep show of a book. It turns out that the rabies virus is a good bit more fascinating and at least as frightening as any of those blood-thirsty monsters that have stalked our fairy tales, multiplexes, and dreams.” —Donovan Hohn, author of Moby-Duck
“The rabies virus is a microscopic particle of genes and proteins. And yet it has cast a fearful shadow over all of human history. Bill Wasik and Monica Murphy have produced an eerily elegant meditation on disease and madness, dogs and vampires. It’s as infectious as its subject.” —Carl Zimmer, NPR contributor and author of Parasite Rex
“From a husband-and-wife team, a literate look at the history of one of humankind’s oldest and most frightening scourges…Surprisingly fun reading about a fascinating malady.” —Kirkus Reviews

Bill Wasik is a senior editor at Wired magazine and was previously a senior editor at Harper’s, where he wrote on culture, media, and politics. He is the editor of the anthology Submersion Journalism and has also written for the Oxford American, Slate, Salon, and McSweeney’s. 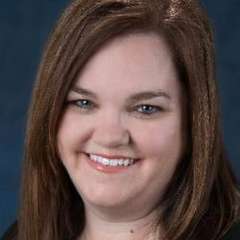 Monica Murphy is the author of twelve series of romance novels. Her novels One Week Girlfriend and its sequel, Second Chance Boyfriend, were USA Today bestsellers.