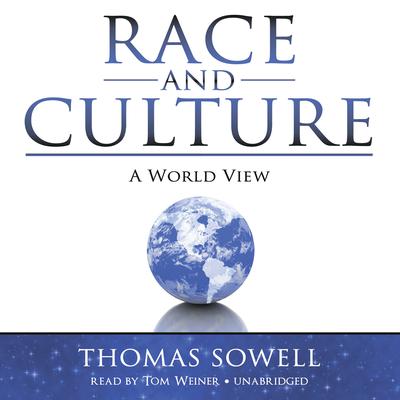 Race and Culture: A World View

Thomas Sowell is one of America’s leading voices on matters of race and ethnicity. In his book Inside American Education he surveyed the ills of American education from the primary grades to graduate school with “an impressive range of knowledge and acuity of observation,” according to the Wall Street Journal. Now in his book Race and Culture he asks the question: “What is it that allows certain groups to get ahead?” The answer will undoubtedly create debates for years to come.

The thesis of Race and Culture is that productive skills are the key to understanding the economic advancement of particular racial or ethnic groups, as well as countries and civilizations—and that the spread of those skills, whether through migration or conquest, explains much of the advancement of the human race. Whether this body of skills, aptitudes, and disciplines is called “culture” or “human capital,” it explains far more than politics, prejudice, or genetics. Rather than draw on the experience of one country or one era of history, Race and Culture encompasses dozens of racial and ethnic groups, living in scores of countries around the world, over a period of centuries. Due to its breadth and scope, this study is able to test alternative theories empirically on a vast canvas in space and time. Its conclusions refute much, if not most, of what is currently believed about race and about cultures.

“For the better part of the last decade, Mr. Sowell’s books on race, economics, and markets have constituted a rare repository of insights on some of the most pressing social-science concerns of our times.” —Wall Street Journal
“Thomas Sowell is a unique national resource. Almost alone among academic economists, he fulfills the true calling of the intellectual, which is to explain the world so that we can know how to save what we cherish—so that we have no excuse for ignorance.” —Washington Times
“Thomas Sowell has produced a book that will compel every careful reader…to rethink their most confident views on matters of race and culture…the reader cannot help but find reasons to hope for a better world, culturally and racially, in this grimly realistic assessment.” —National Review
“Sowell draws on a worldwide range of examples and more than a decade of research in this intriguing exploration of the role of cultural attributes on group advancement…He tackles a host of issues: the costs and benefits of residential segregation; how affirmative action primarily helps better-off members of preferred groups; how prominent political leaders are not crucial to group success; how low-scoring groups on intelligence tests do their worst on abstract questions devoid of ‘cultural bias.’” —Publishers Weekly
“Sowell’s study undoubtedly will arouse controversy and provoke debate. A valuable addition to minority studies collections in public and academic libraries alike.” —Library Journal
“Thomas Sowell’s views on race and culture must command the respect of any informed, unbiased person…The book is a tour de force that will set the standards on this important and complex subject for years to come.” —Rondo Cameron, William Rand Kenan University Professor, Emory University
“One finishes reading this book awed with Sowell’s capacity to bring together so much material in such a readable fashion.” —Myron Weiner, professor of political science, Massachusetts Institute of Technology
“Sowell has no match in his breadth of knowledge on these issues…Race and Culture is ultimately a cautionary tale of human history with broad implications for current public policies directed at racial and ethnic groups in the US.” —Linda Chavez, John M. Olin Fellow, Manhattan Institute, and author of Out of the Barrio: Toward a New Politics of Hispanic Assimilation