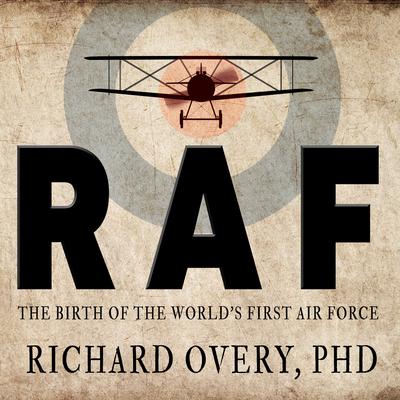 RAF: The Birth of the World's First Air Force

The birth of the Royal Air Force marked a pivotal moment in military history. World War I was frozen in the bloody stalemate of trench warfare, which gave strategic urgency to any means of directly attacking enemy resources and morale. The new technologies of air power held promise, and by 1917 German bombers had begun attacking British cities. Amid political debates led by Prime Minister David Lloyd George and Minister of Munitions Winston Churchill, the RAF was created as an independent force in spring 1918. After halting first steps, the RAF by the end of the war was launching effective bombing campaigns on industrial and military targets in western Germany. The RAF influenced its later allies and enemies in the development of air power, which in World War II would deliver massive destruction to the cities of Europe and Japan. This compact book shows a master historian at work.

Richard Overy is a professor of history at the University of Exeter in the United Kingdom. His many books on European history include The Twilight Years: The Paradox of Britain Between the Wars; Why the Allies Won; Russia’s War; and The Dictators: Hitler’s Germany and Stalin’s Russia, winner of the Wolfson Prize for History.