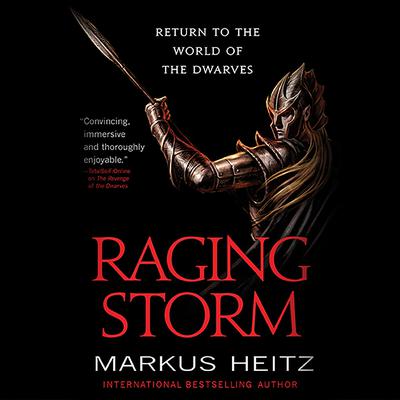 The Legends of the Älfar Series: Book 4


International bestselling fantasy author Markus Heitz returns with this thrilling sequel to The Triumph of the Dwarves.

The Hidden Land lies broken. In the terrible battle to save the home of the dwarfs, elves and humans, many sacrifices were made by great heroes, and at the last the älfar were defeated. Aiphatòn, the son of the indelible and erstwhile Emperor of the Älfar, has sworn that his race will never again pose such a dire threat to the world; he is determined to seek out and destroy the last of his own people.

But there may be a greater enemy to face: an enigmatic mage with powerful magic at her fingertips is threatening the entire country.

Suddenly the Hidden Land's greatest enemy has become its only hope . . .

The action never lets up in this next exciting story in the saga of the dwarves and the älfar!

For more from Markus Heitz, check out:

The War of the Dwarves

The Revenge of the Dwarves

The Fate of the Dwarves

The Triumph of the Dwarves

Markus Heitz won the German Fantasy Award in 2003 for his debut novel Shadows Over Ulldart. His Dwarves series is a bestseller in Europe. He lives in Zweibrücken, Germany.