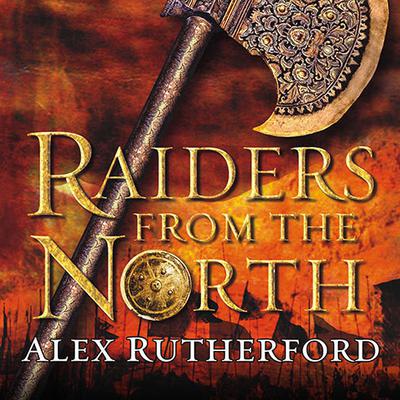 Raiders from the North: Empire of the Moghul

The Empire of the Moghul Series : Book 1

Raiders from the North ushers in a bold, panoramic new historical series that tells the unknown story of the Moghul emperors, chronicling the rise and fall of one of the most powerful, opulent, and glittering dynasties in history. Descended from the legendary Tamburlaine, the Moghuls rose out of Central Asia in the sixteenth century. Raiders from the North tells the astounding story of their young king, who led his warriors against rampaging armies and ruthlessly ambitious enemies to found an empire that would dominate the continent. Full of action, drama, and character, with epic battles, incredible journeys, and lives ravaged by treachery, this is the perfect book for fans of fast-paced tales of adventure during some of the most tumultuous eras in history.

In Babur, [Rutherford] has found a rel-life hero, with all the flaws, mistakes and misadventures that spark true heroism.... Breathtaking stuff. —Manda Scott, author of The Boudica Quartet

Alex Rutherford is the pen name of Diana Preston and her husband, Michael, whose nonfiction has been awarded the Los Angeles Times Science and Technology Prize and been praised worldwide. Between them they have written seven books, including Cleopatra and Antony, Taj Mahal, and Before the Fallout. They live in London.