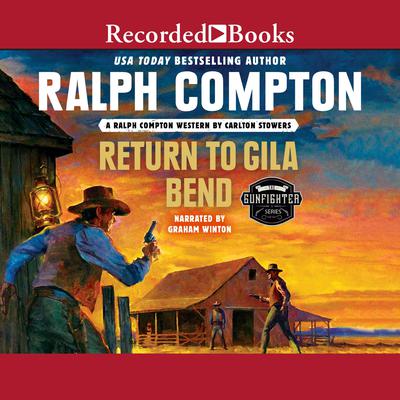 When twenty-five-year-old Lewis Taylor is released from the Texas State Prison, he receives little attention as he walks into the midday sunlight, free after serving five years for a crime he didnt commit. His only interest is in getting back to his hometown of Gila Bend, Texas, a quiet farming community about which he has only warm, idyllic memories. During his long years in prison, he survived by thinking fondly of the home he'd known since boyhoodand of one special girl, Darla Winslow. What he finds instead is a town dramatically changed. Once a happy and carefree place to live, it is now populated by people who are angry and afraid. One man, Captain Archer Ringewald, has taken control of the town, and now he's turning the townspeople, even Darla, against Taylor. Can one ex-con single-handedly save an entire town?

Carlton Stowers is the author of more than two dozen nonfiction books, including the Edgar Award-winning Careless Whispers, the Pulitzer Prize-nominated Innocence Lost, and Open Secrets. He has also written books for children including A Hero Named George and Hard Lessons.