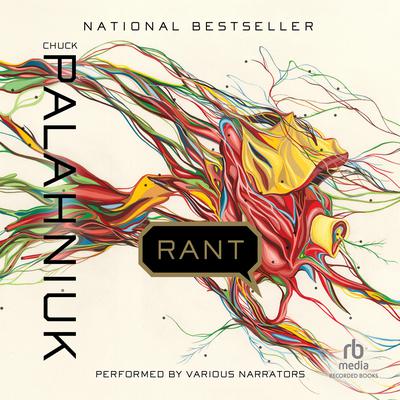 Buster "Rant" Casey just may be the most efficient serial killer of our time. A high school rebel, Rant Casey escapes from his small town home for the big city where he becomes the leader of an urban demolition derby called Party Crashing. Rant Casey will die a spectacular highway death, after which his friends gather the testimony needed to build an oral history of his short, violent life. With hilarity, horror, and blazing insight, Rant is a mind-bending vision of the future, as only Chuck Palahniuk could ever imagine.

Chuck Palahniuk has been a nationally bestselling author since his first novel, 1996’s Fight Club, was made into the acclaimed David Fincher film of the same name. Twelve of his works have made the New York Times bestsellers list, and his work has sold millions of copies worldwide.