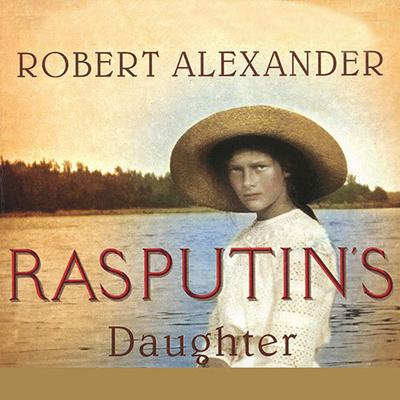 By Robert Alexander
Read by Josephine Bailey and Simon Vance

With the same riveting historical narrative that made The Kitchen Boy a national bestseller and a book club favorite, Robert Alexander returns to revolutionary Russia for the harrowing tale of Rasputin's final days as told by his youthful and bold daughter, Maria. Interrogated by the Provisional Government on the details of her father's death, Maria vividly recounts a politically tumultuous Russia, where Rasputin's powerful influence over the throne are unsettling to all levels of society, and the threats to his life are no secret. With vast conspiracies mounting against his father, Maria must struggle with the discovery of Rasputin's true nature-his unbridled carnal appetites, mysterious relationship with the Empress, rumors of involvement in secret religious cults-to save her father from his murderers. Swept away in a plot much larger than the death of one man, Maria fmds herself on the cusp of the Russian Revolution itself. With Rasputin's Daughter, Robert Alexander once again delivers an imaginative and compelling story, fashioned from one of history's most fascinating periods that, until now, has been virtually unexplored in fiction. "The combination of Alexander's research and his rich characterizations produces an engaging historical fiction that offers a Rasputin who is neither beast nor saint, but merely, compellingly human."—Publishers Weekly

For readers who like their juicy scandals topped with a hearty dollop of history, Alexander serves up a satisfying portrait of a court in its last throes of decadence and intrigue. —The Washington Post

Robert Alexander is the author of the bestselling novels Rasputin's Daughter and The Kitchen Boy. He has spent thirty years traveling in Russia where he has worked for the United States government. He currently is a partner in a St. Petersburg company operating a number of businesses. He lives in Minneapolis, Minnesota.