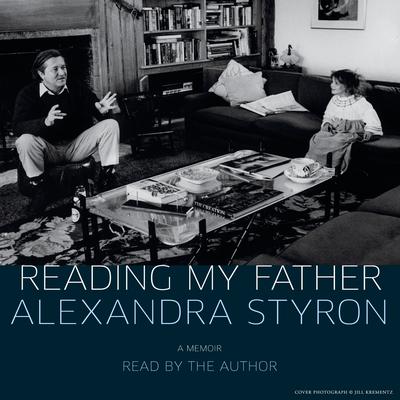 Reading My Father: A Memoir

Alexandra Styron’s parents—the Pulitzer Prize–winning author of Sophie’s Choice and his political activist wife, Rose—were, for half a century, leading players on the world’s cultural stage. Alexandra was raised under both the halo of her father’s brilliance and the long shadow of his troubled mind. From Styron’s youth and precocious literary debut to the triumphs of his best-known books and on through his spiral into depression, Reading My Father portrays the epic sweep of an American artist’s life. It is also a tale of filial love, beautifully written with humor, compassion, and grace.

Alexandra Styron is the author of the bestselling memoir Reading My Father and All the Finest Girls, a novel. Her work has appeared in several anthologies as well as in the New Yorker and Vanity Fair, among other publications. A graduate of the MFA program at Columbia University, Styron is a professor of creative writing in the MFA program at Hunter College. She lives with her husband and two children in Brooklyn.