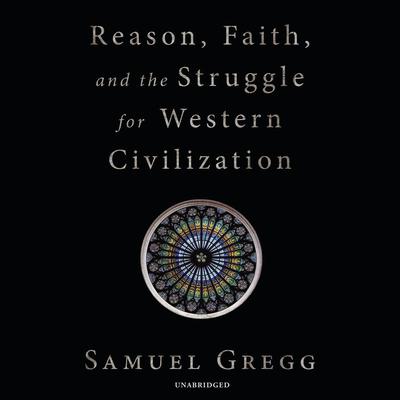 Reason, Faith, and the Struggle for Western Civilization

Western civilization’s genius is in its synthesis of reason and faith. These foundations are under assault today from Islamists and radical secularists. Unless Western society recovers its confidence in this synthesis and its capacity to magnify human freedom and achievement, our future is limited.

This sharp commentary on the rise and current decline of Western Civilization touches on historical moments—including the building of early universities in the Middle Ages and the American Revolution—and figures—including Augustine, Aquinas, Edmund Burke, and Adam Smith—that exemplify the faith-reason synthesis at the heart of Western Civilization, as well as the modern villains that threaten to destroy it.

“Gregg’s clarity and scholarship are impressive and incisive.” —Frank Hanna III, author of What Your Money Means