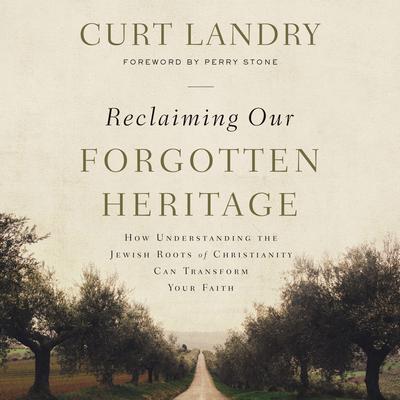 Reclaiming Our Forgotten Heritage: How Understanding the Jewish Roots of Christianity Can Transform Your Faith

The church was created by Jesus, who was born Jewish yet primarily rejected by his family and his people. His early followers were both Jewish and gentile, and the church's early culture was rooted in Judaism and a Jewish understanding of God's relationship to his people. Over time, however, Christianity became increasingly more Roman than Jewish, and the church lost its identity.

Rabbi Curt Landry's personal story is remarkably similar. Born out of wedlock to a Jewish mother and a Catholic father, Landry was put up for adoption. For over thirty years, he had no understanding of his heritage, his roots, or who his parents were. But when he discovered the truth of his story, his life changed completely.

The key to a life of power and purpose is understanding who you are. In this revelatory new book, Curt Landry helps Christians discover their roots in Judaism, empowering them to walk in the revelation of who they really are and who they are born to be. Reclaiming Our Forgotten Heritage reveals the mysteries of the church, letting Christians grasp the power that comes from connecting with their identity.