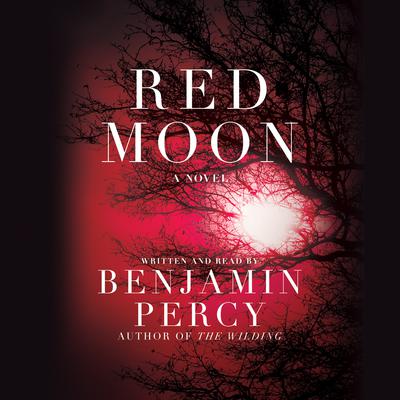 Finalist for the 2014 Audie Award for Best Narration in Paranormal

They live among us.

They are our neighbors, our mothers, our lovers.

When government agents kick down Claire Forrester's front door and murder her parents, Claire realizes just how different she is. Patrick Gamble was nothing special until the day he got on a plane and hours later stepped off it, the only passenger left alive, a hero. Chase Williams has sworn to protect the people of the United States from the menace in their midst, but he is becoming the very thing he has promised to destroy. So far, the threat has been controlled by laws and violence and drugs. But the night of the red moon is coming, when an unrecognizable world will emerge—and the battle for humanity will begin.

“Percy is an ace world-builder, creating a massive cast of characters and a surprisingly believable alternate history…Devastating and darkly funny.” —Entertainment Weekly
“A terrifically hairy werewolf novel.” —Vanity Fair
“[A] stunning new read.” —O, The Oprah Magazine
“Percy has a lusty flair for describing destruction…When Claire and Patrick take the field, the book lights up, and the writing possesses a resonant, emotional honesty…The story is imaginative and lots of fun, and it will deservedly charm many readers.” —New York Times Book Review
“Smart and brisk and often poetic…Percy knows how to draw intense, dramatic scenes as the world goes feral.” —Washington Post
“Atmospheric…While some writers of paranormal novels wrap their creatures in romance and comic subplots, Percy has chosen a darker, more literary path. Red Moon is a morality tale cloaked in fur, fangs, and social injustice. Werewolves are the monsters in the story, but the bête noire is humanity’s moral decline.” —USA Today
“Audaciously complex and hauntingly composed…[Percy] ballasts his nightmare with a poet’s more natural magic…Fear, this book reminds us, is a beast that’s always hungry.” —Christian Science Monitor
“Terrifying and tense.” —Chicago Tribune
“Red Moon is a serious, politically symbolic novel—a literary novel about lycanthropes. If George Orwell had imagined a future where the werewolf population had grown to the degree that they were colonized and drugged, this terrifying novel might be it.” —John Irving, New York Times bestselling author
“With Red Moon one of our most blazingly gifted young writers stakes his claim to national attention. Benjamin Percy has one great advantage over most writers who attempt ‘literary horror’: he understands the literature of real horror from the inside out, and he speaks it like a native. This is a novel with the power to thrill and transport, also to lead the reader well of [his or] her comfort zone and into emotional territory few people have ever seen.” —Peter Straub, New York Times bestselling author
“Benjamin Percy is one of the most gifted and versatile writers to appear in American publishing in years. His degree of craft and natural talent are extraordinary; his ear for language is absolutely perfect. His prose has the masculine power of Ernest Hemingway’s, but also the sensibilities and compassion of Eudora Welty. His writing is like a meeting of Shakespeare and rock ’n’ roll.” —James Lee Burke, New York Times bestselling author
“Fans of Max Brooks’ zombies and Justin Cronin’s vampires will enjoy the dramatic breadth of Percy’s tale of werewolves…This literary thriller by an award-winning young writer will excite fans of modern horror who enjoy a large canvas and a history to go with their bloody action.” —Library Journal (starred review)
“Percy focuses on a trio of engaging and beautifully drawn characters…Percy humanizes the werewolf, turning him from snarling beast into a creature for whom we feel compassion and affection.” —Booklist (starred review)
“Percy’s extraordinary new supernatural thriller is a blend of alternate history and weird fiction that holds a mirror up to contemporary American to reflect its fears and biases…The confidence and assuredness with which Percy tells his story compel him to take some risks that pay off in a shocker of a finale…An ambitious, epic novel.” —Publishers Weekly

Benjamin Percy has won a Whiting Award, a Plimpton Prize, two Pushcart Prizes, and a grant from the National Endowment for the Arts. He is the author of the novels The Dead Lands, Red Moon, and The Wilding, three story collections, and an essay collection, Thrill Me. He also writes the Green Arrow and Teen Titans series for DC Comics.