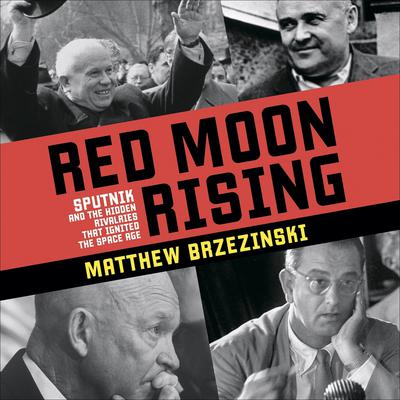 Red Moon Rising: Sputnik and the Hidden Rivals That Ignited the Space Age

The first book to capture both the Soviet and American sides of the event that started the space race and changed our world.

On October fourth, 1957, a time of Cold War paranoia, the Soviet Union secretly launched the Earth's first artificial moon. No bigger than a basketball, the tiny satellite was powered by a car battery. Yet, for all its simplicity, Sputnik stunned the world.

Based on extensive research in the US and newly opened archives in the former USSR, Red Moon Rising tells the story of five extraordinary months in the history of technology and the rivalry between two superpowers. It takes us inside the Kremlin and introduces the Soviet engineer Korolev, the charismatic, politically-minded visionary who motivated Khruschev to support what others dismissed as a ridiculous program. Korolev is virtually unknown to most Americans, yet it is because of him that NASA exists, that college loan programs were started in the US, and that Kennedy and Johnson became presidents.

Matthew Brzezinski is a contributing writer for the New York Times Magazine and former foreign correspondent at the Wall Street Journal. He is also the author of Casino Moscow: A Tale of Greed and Adventure on Capitalisms Wildest Frontier. He lives in Washington, DC.