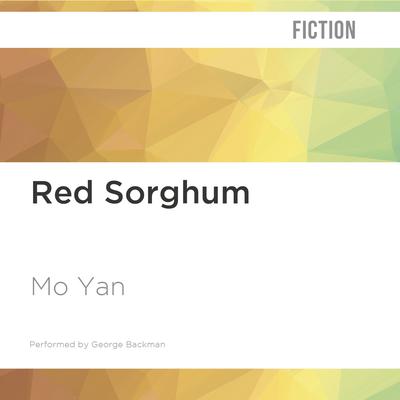 Red Sorghum: A Novel of China

The acclaimed novel of love and resistance during late 1930s China by Mo Yan, winner of the 2012 Nobel Prize in Literature.

Spanning three generations, this novel of family and myth is told through a series of flashbacks that depict events of staggering horror set against a landscape of gemlike beauty, as the Chinese battle both Japanese invaders and each other in the turbulent 1930s.

A legend in China, where it won major literary awards and inspired an Oscar-nominated film directed by Zhang Yimou, Red Sorghum is a book in which fable and history collide to produce fiction that is entirely new—and unforgettable.

Mo Yan is a pen name and means “don’t speak.” His real name is Guan Moye. In the western world he is most known for his novel Red Sorghum, which was turned into a movie by the same title. He has often been described as the Chinese Franz Kafka or Joseph Heller. He was awarded the Nobel Prize in Literature in 2012. Among the works highlighted by the Nobel judges were Red Sorghum and Big Breasts & Wide Hips, as well as The Garlic Ballads.