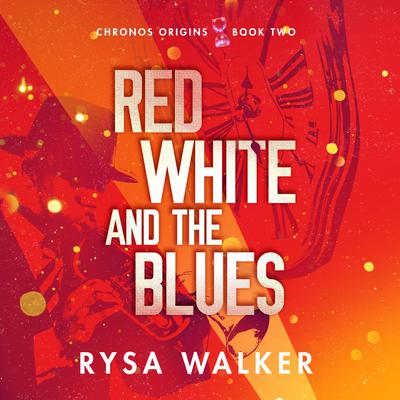 Red, White, and the Blues

The United States’ past is hijacked in a time-warping adventure of future interdimensional, high-risk games by the bestselling author of the CHRONOS series.

History is turned inside out when off-world travelers challenge Tyson Reyes and Madi Grace to a real-life game of Temporal Dilemma. Three rounds from the opponents and Hitler takes Europe, Pearl Harbor never happens, a fascist cloud hangs over the postwar United States, and CHRONOS itself is erased from existence.

Now Tyson, Madi, and a team of seasoned players must make their moves—in 1930s New York. Jazz and the blues waft from Village clubs. The World’s Fair draws assassins. Madison Square Garden hosts Nazis. And the Manhattan Project never gets off the ground.

Tyson and Madi have only three days to undo the strategy that changed the tides of war and the fate of the world. A surprise survivor from CHRONOS could be their best hope for flipping the timeline. If he’s on their side. But can they risk trusting him when the past, the future, and the lives of millions hang in the balance?

Rysa Walker is the author of the novella Time’s Echo and of the runaway hit Timebound, which was the grand prize winner of the 2013 Amazon Breakthrough Novel Award. She grew up on a cattle ranch in the South where she read books and, and on the rare occasion that she gained control of the television, watched Star Trek and imagined living in the future, on distant planets, or at least in a town big enough to have a stoplight. When not writing, she teaches history and government in North Carolina.