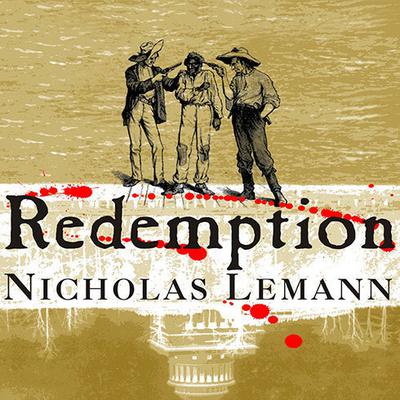 Redemption: The Last Battle of the Civil War

A century after Appomattox, the civil rights movement won full citizenship for black Americans in the South. It should not have been necessary: by 1870 those rights were set in the Constitution. This is the story of the terrorist campaign that took them away. Nicholas Lemann opens his extraordinary new book with a riveting account of the horrific events of Easter 1873 in Colfax, Louisiana, where a white militia of Confederate veterans-turned-vigilantes attacked the black community there and massacred hundreds of people in a gruesome killing spree. This was the start of an insurgency that changed the course of American history: for the next few years white Southern Democrats waged a campaign of political terrorism aiming to overturn the Fourteenth and Fifteenth Amendments and challenge President Grant's support for the emergent structures of black political power. The remorseless strategy of well-financed "White Line" organizations was to create chaos and keep blacks from voting out of fear for their lives and livelihoods. Redemption is the first book to describe in uncompromising detail this organized racial violence, which reached its apogee in Mississippi in 1875. Lemann bases his devastating account on a wealth of military records, congressional investigations, memoirs, press reports, and the invaluable papers of Adelbert Ames, the war hero from Maine who was Mississippi's governor at the time. When Ames pleaded with Grant for federal troops who could thwart the white terrorists violently disrupting Republican political activities, Grant wavered, and the result was a bloody, corrupt election in which Mississippi was "redeemed"—that is, returned to white control. Redemption makes clear that this is what led to the death of Reconstruction—and of the rights encoded in the Fourteenth and Fifteenth Amendments. We are still living with the consequences.

Nicholas Lemann, dean of the School of Journalism at Columbia University, is the author of The Big Test (FSG, 1999) and the prizewinning The Promised Land. He lives with his family in Pelham, New York.