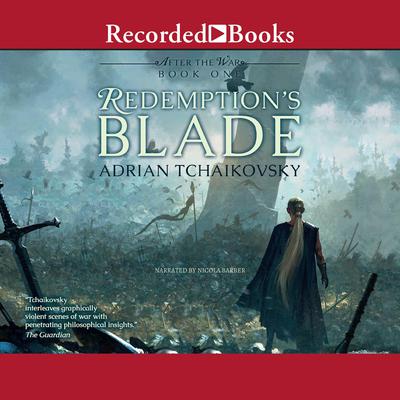 Redemption's Blade: After the War

The After the War Series: Book 1

Ten years ago, the renegade demigod known as the Kinslayer returned. His armies of monsters issued from the pits of the earth, spearheaded by his brutal Yorughan soldiers. He won every battle, leaving burnt earth and corruption behind. Thrones toppled and cities fell as he drove all before him. And then he died. A handful of lucky heroes and some traitors amongst his own, and the great Kinslayer was no more. Celestaine was one such hero and now she has tasked herself to correct the worst excesses of the Kinslayer and bring light back to her torn-up world. With two Yorughan companions she faces fanatics, war criminals and the monsters and minions the Kinslayer left behind as the fragile alliances of the war break down into feuding, greed and mistrust. The Kinslayer may be gone, but he cast a long shadow she may never truly escape.