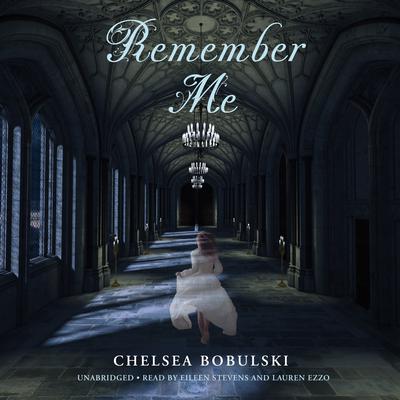 By Chelsea Bobulski
Read by Eileen Stevens  and Lauren Ezzo

In this eerie and suspenseful YA, a teen girl discovers what connects her to the hotel she calls home as horrifying visions lead her to the truth.

Nell Martin is moving again, this time to the Winslow Grand Hotel, built in 1878. As Nell is settling in, strange things begin to happen. Doors lock of their own accord, writing appears on bathroom walls―and most horrifying of all―visions of a dead boy permeate her waking life. Thinking it was her mind playing tricks on her, she soon finds the past and the present colliding as she learns horrific details of a murder that happened at the hotel in 1907 involving a girl named Lea.

Nell and a mysterious bellboy must relive that day in hopes of finally breaking a curse that imprisons them both. And Nell discovers what truly links her to the history of the Winslow Grand Hotel.

“A mixture of mystery, romance, and horror, this book engages and entertains.” —School Library Journal
“This well-written debut is sufficiently eerie and fast-paced.” —VOYA on The Wood

Chelsea Bobulski is a graduate of Ohio State University with a degree in history. Her debut novel, The Wood, was called, “a provocative debut” by School Library Journal. She grew up in Columbus, Ohio, and now lives in northwest Ohio with her husband, daughter, and dog. Learn more about Chelsea on her website and follow her on Twitter.