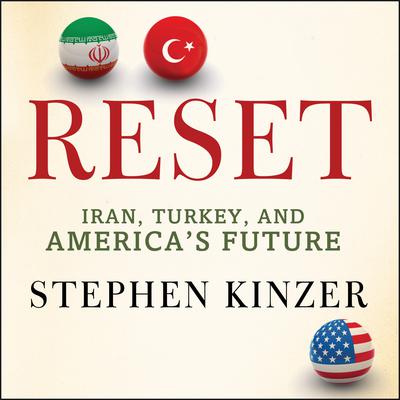 What can the United States do to help realize its dream of a peaceful, democratic Middle East? Stephen Kinzer offers a surprising answer in this paradigm-shifting book. Two countries in the region, he argues, are America's logical partners in the twenty-first century: Turkey and Iran. Besides proposing this new "power triangle," Kinzer recommends that the United States reshape relations with its two traditional Middle East allies, Israel and Saudi Arabia. This book provides a penetrating, timely critique of America's approach to the world's most volatile region and offers a startling alternative. Kinzer is a master storyteller with an eye for grand characters and illuminating historical detail. In this book he introduces us to larger-than-life figures, such as a Nebraska schoolteacher who became a martyr to democracy in Iran, a Turkish radical who transformed his country and Islam forever, and a colorful parade of princes, politicians, women of the world, spies, oppressors, liberators, and dreamers. Kinzer's provocative new view of the Middle East is the rare book that will richly entertain while moving a vital policy debate beyond the stale alternatives of the last fifty years.

Kinzer elaborates grand ideas in the conversational voice of a story-teller and challenges conventional wisdom in the most reasonable tones. —Gary Sick, author of All Fall Down
“Fresh and well-informed…Kinzer argues persuasively that despite their very different governments—one friendly and free, the other hostile and theocratic—both Turkey and Iran are host to vibrant democratic traditions that make them natural long-term partners of the United States…[A] lively, character-driven approach to history.” —Washington Post
“Because we’re so accustomed to bad news out of the Middle East, trouble seems inevitable. Reset suggests that needn’t be so. But can anybody hear its lucid, historically grounded points above the shouting and the gunfire?” —Chicago Tribune
“At once a stern critique of American foreign policy and a concise, colorful, and compelling modern history of Turkey, Iran, Saudi Arabia, and Israel. A former journalist for the New York Times and the Boston Globe, Kinzer is a masterful storyteller. His cast of characters leaps off the page…Kinzer makes a compelling case…that the road to peace in the Middle East runs through Ankara and Tehran, not Jerusalem.” —NPR