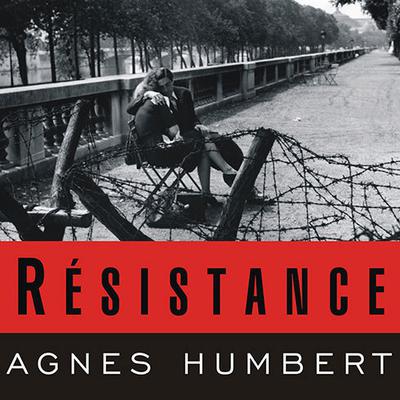 Resistance: A Frenchwoman's Journal of the War

By Agnés Humbert and Barbara Mellor
Read by Joyce Bean

Agnès Humbert was an art historian in Paris during the German occupation in 1940. Though she might well have weathered the oppressive regime, Humbert was stirred to action by the atrocities she witnessed. In an act of astonishing bravery, she joined forces with several colleagues to form an organized resistance—very likely the first such group to fight back against the occupation. (In fact, their newsletter, Résistance, gave the French Resistance its name.) In the throes of their struggle for freedom, the members of Humbert's group were betrayed to the Gestapo; Humbert herself was imprisoned. In immediate, electrifying detail, Humbert describes her time in prison; her deportation to Germany, where for more than two years she endured a string of brutal labor camps; and the horror of discovering that seven of her friends were executed by a firing squad. But through the direst of conditions and ill health in the labor camps, Humbert retains hope for herself, for her friends, and for humanity. Originally published in France in 1946, the book was soon forgotten and is now translated into English for the first time. Résistance is more than a firsthand account of wartime France; it is the work of a brave, witty, and forceful woman, a true believer who refused to go quietly.

Agnès Humbert was a distinguished art historian and a member of the Museé de l’Homme group in the French Resistance. She survived the war and died in Valmondois, France, in 1963.

Barbara Mellor is a translator specializing in the fine and decorative arts, art history, architectural history, fashion, design, and all things French. During her researches into a Resistance ambush of a German armored column in Aveyron, she stumbled across the 1946 edition of Résistance.