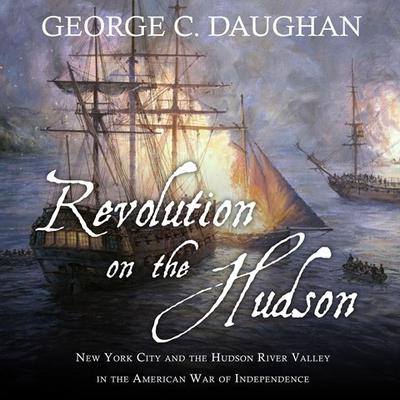 Revolution on the Hudson: New York City and the Hudson River Valley in the American War of Independence

No part of the country was more contested during the American Revolution than the Hudson River. In 1776, King George III sent the largest amphibious force ever assembled to seize Manhattan and use it as a base from which to push up the Hudson River Valley for a rendezvous at Albany with an impressive army driving down from Canada. George Washington and other patriot leaders shared the king's fixation with the Hudson. In fact, one of the few things that scholars have agreed upon is that the British strategy, though disastrously executed, should have been effective. Until now, no one has argued that this plan of action was lunacy from the start.

Revolution on the Hudson makes the bold new argument that Britain's attempt to cut off New England never would have worked, and ultimately cost the crown her colonies. It unpacks intricate military maneuvers, introduces the personalities presiding over each side's strategy, and reinterprets the vagaries of colonial politics to offer a thrilling response to one of our most vexing historical questions: How could a fledgling nation have defeated the most powerful war machine of the era?

George C. Daughan holds a PhD from Harvard University, where he studied under Henry Kissinger. His books If By Sea and 1812: The Navy’s War won the Samuel Eliot Morison Award. He lives in New Hampshire.