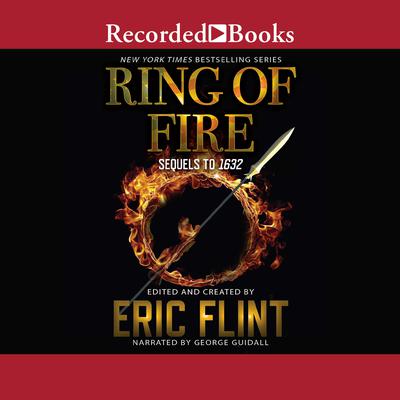 Ring of Fire I

Return to the Alternate Universe of 1632 and 1633 as the Top Writers of Alternate History and Military SF Join Forces in the Shared-Universe Volume of the Year The battle between democracy and tyranny is joined, and the American Revolution has begun over a century ahead of schedule. A cosmic accident has shifted a modern West Virginia town back through time and space to land it and its twentieth century technology in Germany in the middle of the Thirty Years War. History must take a new course as American freedom and democracy battle against the squabbling despots of seventeenth-century Europe. Continuing the story begun in the hit novels 1632 and 1633, the New York Times best-selling creator of Honor Harrington, David Weber, the best-selling fantasy star Mercedes Lackey, space adventure author K. D. Wentworth, Dave Freer, co-author of the hit novels Rats, Bats & Vats and Pyramid Scheme (both Baen), and Eric Flint himself combine their considerable talents in a shared-universe volume that will be a must-have for every reader of 1632 and 1633.