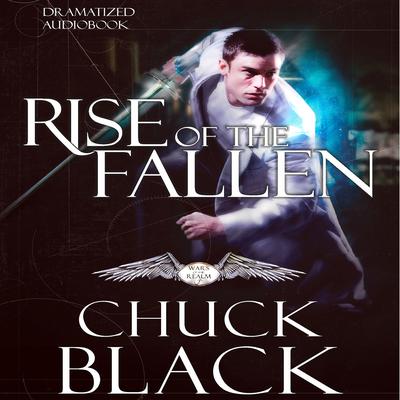 Rise of the Fallen

By Chuck Black
Read by Michael Orenstein and Leanne Bell

The Wars of the Realm Series: Book 2

The author of the popular Kingdom series returns with the exciting second book in a series where the forces of good and evil collide in a global spiritual battle.

A six-thousand-year war rages and now the demonic Fallen are coming for him—the one man shrouded in mystery. Only Validus stands in their way. Validus is the last and least of God’s angels, but he’s seen much across the millennia since his creation. Empires have risen and fallen as angelic and demonic forces battle in a raging war that will determine humanity’s fate—and the fate of his defeated brothers.

Eventually called to be an earth-bound warrior, Validus rises to a position of power and respect, commanding legions of angels through impossible battles and overwhelming odds. But when orders arrive from the Creator’s most elite Messenger, he finds himself suddenly demoted to a task of apparent insignificance considering the fierce war they are waging against the demonic Fallen—the covert protection of one unbelieving man.

Validus soon finds himself on a mission that will push him beyond his abilities as he battles to protect Drew Carter, for the Fallen are coming for him—legions of them.

As Validus races against time to discover why Drew is so important to humanity’s survival, can he stand between Drew and all who would destroy him?

Chuck Black, a former F-16 fighter pilot and tactical communications engineer, is the bestselling, award-winning author of the Kingdom series and the Knights of Arrethtrae series. He has received praise from parents across the country for his unique approach to telling biblical truths. His passion in life is to serve the Lord Jesus Christ and to love his wife, Andrea, and their six children. He lives with his family in North Dakota.