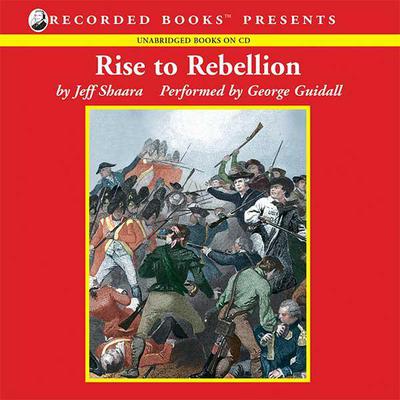 Rise to Rebellion: A Novel of the American Revolution

New York Times best-selling author Jeff Shaara, son of Pulitzer Prize winner Michael Shaara crafts a sweeping saga of the American Revolution featuring legends John and Abigail Adams, George Washington, Ben Franklin, Thomas Jefferson, and more. Rise to Rebellion is a rousing narrative of the birth of the United States. It is a cold evening in Boston. Outside the Custom House, a mob of angry citizens taunts a small group of British soldiers. The soldiers fire a volley into the crowd, and five people die. Newspapers call the event a massacre, and a wildfire of anti-British sentiment ignites. Before long, patriotic groups swell with new members, celebrated leaders emerge, and radical ideas materialize that change the world forever. Reconstructing such events as the Boston Massacre, the Boston Tea Party, Bunker Hill, Lexington and Concord--Shaara colorfully and meticulously chronicles the events that led a scattered group of colonies to declare independence. Master narrator George Guidall carries listeners back to the days when 13 colonies defied their king.