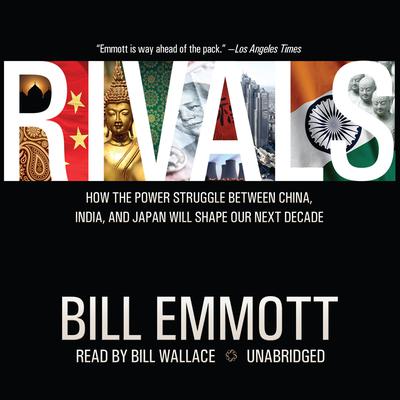 Rivals: How the Power Struggle between China, India, and Japan Will Shape Our Next Decade

Shortlisted for the Lionel Gelber Prize in 2009

The former editor-in-chief of the Economist returns to the territory of his bestselling The Sun Also Sets to lay out a fresh analysis of the growing rivalry between China, India, and Japan—what it will mean for America, the global economy, and the twenty-first-century world.

Closely intertwined by their fierce competition for influence, markets, resources, and strategic advantage, China, India, and Japan are shaping the world to come. Emmott explores the ways in which their sometimes bitter rivalry will play out over the next decade—in business, global politics, military competition, and the environment—and reveals the efforts of the United States to turn the situation to its advantage as these three powerful nations vie for dominance. This revised and updated edition of Rivals is an indispensable guide for anyone wishing to understand Asia’s swiftly changing political and economic scene.

Bill Emmott is a writer, speaker, and consultant on global affairs, with an expertise in Asia. Until 2006 he was editor-in-chief of the Economist, where his thirteen-year tenure was marked by many awards. He is the author of six previous books and writes regularly for several international publications. He lives in London and Somerset.