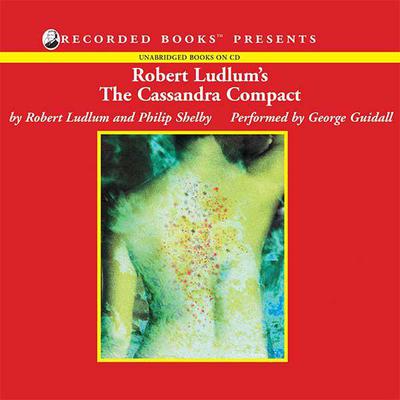 For over 30 years, Robert Ludlum has reigned as the master of the modern espionage novel. The Cassandra Compact is the second work in his bold Covert-One series. American intelligence officer Jonathan Smith sits at an outdoor cafe in Venice, waiting to meet Danko, a Russian colleague. The two men have forged a relationship through their mutual efforts to halt the development of bioweapons. Minutes after Danko arrives, the Russian is cut down by gunfire. Evidently Danko had been considered a threat to international security. As Smith investigates Danko's connections, he discovers plans for biochemical warfare that could change the face of the globe. Every bit as riveting as Smith's first adventure, The Hades Factor, The Cassandra Compact creates a picture of worldwide devastation that is all too plausible. Audie Award-winning narrator George Guidall adds additional drama to every scene.

Robert Ludlum (1927–2001) was the author of twenty-five novels, each one a New York Times bestseller. There are more than 210 million of his books in print, and they have been translated into thirty-two languages. His works include The Scarlatti Inheritance, The Chancellor Manuscript, and, perhaps most famously, the Jason Bourne series—The Bourne Identity, The Bourne Supremacy, and The Bourne Ultimatum—among others. The Bourne novels were the basis for three blockbuster films. Born in New York City, Ludlum received a BA from Wesleyan University, and before becoming an author, he was a United States Marine, a theater actor, and a producer.

Philip Shelby is an American writer, best known for writing the second novel in the Covert-One series, The Cassandra Compact, in conjunction with fellow author Robert Ludlum. He also works as a screenwriter and lives in Los Angeles.