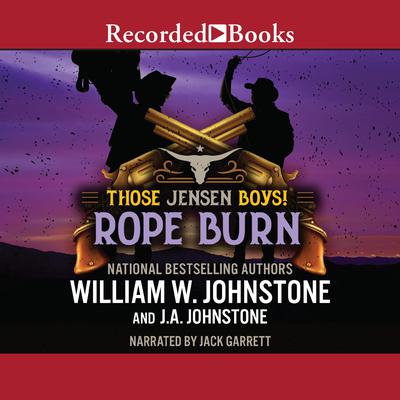 By William W. Johnstone  and J. A. Johnstone
Read by Jack Garrett

The Those Jensen Boys! Series: Book 5

Johnstone Country. Jailhouse Terror. Those Jensen boys, Ace and Chance, find themselves on the wrong side of the lawand the raw end of justice inside the meanest, dirtiest prison in the Arizona territory Welcome to the Chain Gang When a barroom brawl lands Ace and Chance Jensen in jail, its just the beginning of a nightmare that will never end. Their jailmates are army deserters. Even worse, their jailers assume Ace and Chance are deserters, too. Which earns them even more hard timeon a brutal prison chain gang All Troublemakers Will Be Shot. Things go from bad to worse awfully fast. One prisoner tries to escape and gets blasted in the back. Others face horrific torture at the hands of sadistic renegades. And the whole operation is run by a maniacal army major whos working the deserters to death for his own profit. Ace and Chance have no choice but to bust out of this miserable hellholeor die trying