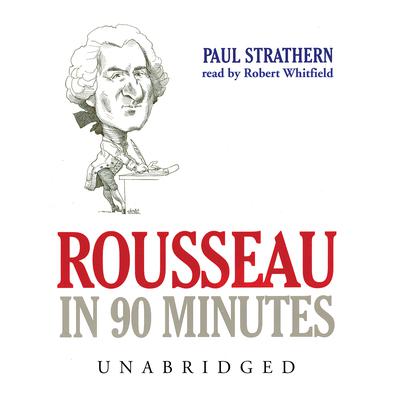 In Rousseau we encounter a walking ego, a naked sensibility. Feeling triumphs over intellectual argument in his works, which are both deeply stirring and deeply inconsistent. Yet while his contemporaries Kant and Hume may have been superior academic philosophers, the sheer power of Rousseau’s ideas was unequaled in his time. It was he who encouraged the introduction of both liberty and irrationality into the public domain.

In Rousseau in 90 Minutes, Paul Strathern offers a concise, expert account of Rousseau’s life and ideas and explains their influence on man’s struggle to understand his existence in the world. The book also includes selections from Rousseau’s work, a brief list of suggested readings for those who wish to delve deeper, and chronologies that place Rousseau within his own age and in the broader scheme of philosophy.

“Well-written, clear, and informed, they have a breezy wit about them. I find them hard to stop reading.” —New York Times
“Witty, illuminating, and blessedly concise.” —Wall Street Journal
“I cannot think of a better way to introduce oneself and one’s friends to Western civilization.” —Boston Globe
“A godsend in the era of the short attention span.” —Daryl Royster Alexander