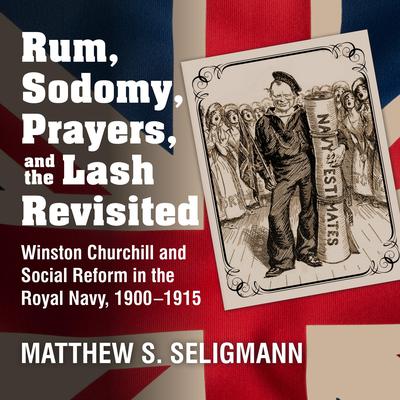 Rum, Sodomy, Prayers, and the Lash Revisited: Winston Churchill and Social Reform in the Royal Navy, 1900-1915

"Naval tradition? Naval tradition? Monstrous. Nothing but rum, sodomy, prayers and the lash." This quotation, from Winston Churchill, is frequently dismissed as apocryphal or a jest, but, interestingly, all four of the areas of naval life singled out in it were ones that were subject to major reform initiatives while Churchill was in charge of the Royal Navy between October 1911 and May 1915. During this period, not only were there major improvements in pay and conditions for sailors, but detailed consideration was also given to the future of the spirit ration; to the punishing and eradicating of homosexual practices; to the spiritual concerns of the fleet; and to the regime of corporal punishment that underpinned naval discipline for boy sailors. In short, under Churchill, the Royal Navy introduced a social reform programme perfectly encapsulated in this elegant quip. And, yet, not only has no one studied it; many people do not even know that such a programme even existed. This book rectifies that. It shows that Churchill was not just a major architect of welfare reform as President of the Board of Trade and as Home Secretary, but that he continued to push a radical social agenda while running the Navy.

“Seligmann’s mastery of the archives and judicious analysis are evident on every page…Essential reading.” —Journal of British Studies on The Royal Navy and the German Threat, 1901–1914