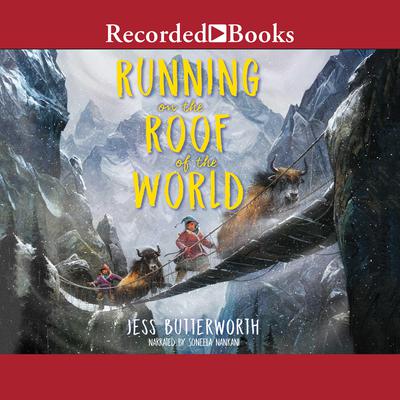 Running on the Roof of the World

A story of adventure, survival, courage, and hope, set in the vivid Himalayan landscape of Tibet and India. In this contemporary story, Tash lives in Tibet, where as a practicing Buddhist she must follow many rules to avoid the wrath of the occupying Chinese soldiers. Lately, things have been relatively peaceful, as long as Tash and her family hide their religion and don't mention its leader, the Dalai Lama. The quiet is ruptured when a man publicly sets himself on fire in protest. Soldiers break into Tash's house and seize her parents. She narrowly escapes, and soon she and her best friend, Sam, along with two borrowed yaks, flee across the mountains, where they face blizzards, hunger, a treacherous landscape, and the threat of discovery and capture. It's a long, dangerous trip to the Indian border and safety-and not every member of the group will survive. This page-turning high adventure introduces young readers to a fascinating part of the world and the threat to its people's religious freedom. Running on the Roof of the World will appeal to fans of such topical survival adventure stories as A Long Walk to Water and Never Fall Down.