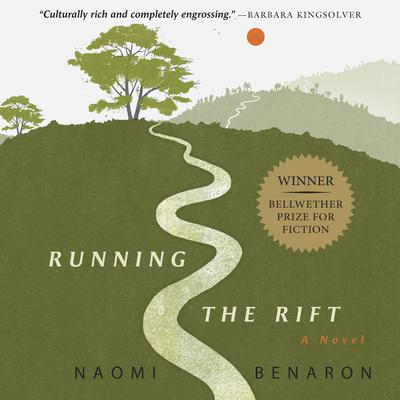 Shortlisted for the 2013 Commonwealth Book Prize

Imagine that a man who was once friendly suddenly spewed hatred. That a girl who flirted with you in the lunchroom refused to look at you. That your coach secretly trained soldiers who would hunt down your family. Jean Patrick Nkuba is a gifted Tutsi boy who dreams of becoming Rwanda’s first Olympic medal contender in track. When the killing begins, he is forced to flee, leaving behind the woman, the family, and the country he loves. Finding them again is the race of his life.

Spanning ten years during which a small nation was undone by ethnic tension and Africa’s worst genocide in modern times, this novel explores the causes and effects of Rwanda’s great tragedy from Nkuba’s point of view. His struggles teach us that the power of love and the resilience of the human spirit can keep us going and ultimately lead to triumph.

Naomi Benaron earned an MFA from Antioch University and an MS in earth sciences from Scripps Institute of Oceanography. She teaches at Pima Community College and online through the Afghan Women’s Writing Project. An advocate for African refugees in her community, she has worked extensively with genocide survivor groups in Rwanda. She has won the G. S. Sharat Chandra Prize for Short Fiction and the Lorian Hemingway Short Story Competition. She is also an Ironman triathlete.