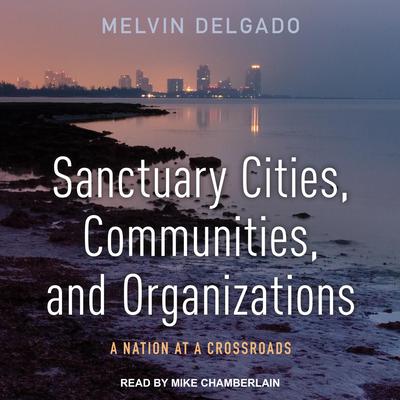 Sanctuary Cities, Communities, and Organizations: A Nation at a Crossroads

The term "sanctuary city" gained a new level of national recognition during the 2016 United States presidential election, and immigration policies and debates have remained a top issue since Donald Trump was elected President. The battle over immigration and deportation will be waged on many fronts in the coming years, but sanctuary cities— municipalities that resist the national government's efforts to enforce immigration laws—are likely to be on the front lines for the immediate future, and social workers and others in the helping professions have vital roles to play. In this book, Melvin Delgado offers a compelling case for the centrality of sanctuary cities' cause to the very mission and professional identity of social workers and others in the human services and mental health professions. He also presents a historical perspective on the rise of the sanctuary movements of the 1970s and 2000s, giving context for the current environment and immigration debate. Sanctuary Cities, Communities, and Organizations serves as a helpful resource for human service practitioners, academics, and the general public alike.

Melvin Delgado is a professor at Boston University School of Social Work. He is the former Chair of Macro Practice. Dr. Delgado has forty years of practice, research, and scholarship focused on urban population groups, with the Latino community being a specific focus. Born and raised in New York City (South Bronx), he is bilingual and bicultural, and has focused his professional and academic career on developing urban-based outreach, research, and service delivery models stressing participatory democratic principles, and tapping cultural strengths and community assets. Dr. Delgado has addressed a variety of social issues and needs, and published numerous articles and thirty books on urban community practice topics. He is currently the series editor of Social Justice and Youth Community Practice.